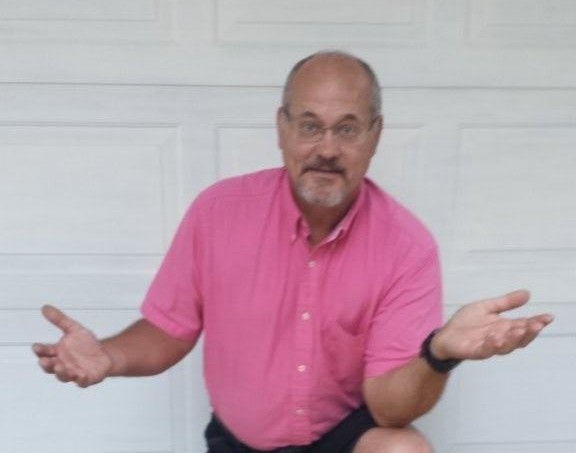 John Ries took over the family farm in 1978, and became a “retired” dairy farmer (he went into the dairy herd buyout program around 1986), going back to college to earn an Engineering degree.

Married with 4 adult children, John lives with his wife in Elk Point South Dakota, and owns his one-man Ries Engineering business.  While not denying his past experiences, he regards much of it as valuable, but not worth listing in this Resume, other than much of his past engineering work has been mostly related to designing ponds and other manure storage systems for farmers… mostly with Hutteritte Colonies in South Dakota.

John’s relationship and education with aeration equipment started about 10 years ago, when a client near Stratford SD asked him what he thought about certain equipment that would be installed on a pond to provide aeration.  John studied the literature and replied that “it looks like snake oil…. run away from it.  Don’t get it, it will be a waste of your money.” , ( since he knew that aeration could only be done properly with blowers…. that information is what engineers go to school for!)

The client’s bought the equipment any way…. and installed it.   John watched it “do its thing” for the next few years while he did engineering work at the site.  John says “It was quite educational to see the changes that happened on the pond, and the changes it made within the pond water.”    John realized that what he learned in engineering classes wasn’t complete and additional information was at hand.  Right in front of him!

The equipment installed at that time was “Little River” or something like that…. manufactured in Canada, and seemed to operate fairly well.  John fell into a relationship with the people who locally represented the equipment, and helped write grant applications for study of various issues of mutual interest.  One successful grant application resulted in a study of aeration equipment.   The funding allowed $1.1 million for the representative to build devices of his own design (implementing changes that the Canadian manufacturer refused to implement)   The study took 3 years, and had a total of 100 units installed in 8 locations.   The study, funded by the NRCS CIG process ( NRCS CIG 69-3A75-9-123)   ended in 2011, and required a report be issued telling of the good/bad/and ugly of the project.  Part of John’s work for the project was to write proposed standards for mechanical aeration to be used for converting manure storage ponds into aerobic ponds.  He performed that work, while helping do other aspects of the report and study.

Because the NRCS is a federal entity, it might be some time before the NRCS publishes the report submitted some time ago.  John summarizes the main items of the study:    We found that mechanical equipment can indeed use very low energy amounts to provide circulation/aeration within ponds, which helps augment the aerobic bacterial growth and decomposition process, while at the same time creating a somewhat hostile environment for anaerobic bacteria, making the ponds decompose material aerobically (without odor).   The ponds were frequently sampled and tested and from the results shown to John, showed pretty complete decomposition and retention of the original manure levels of nitrogen almost completely being held in ammonium form.   As most plant scientists will confirm, ammonium is a form of nitrogen which can be adsorbed directly into the plant leaves.  The study concluded there was much success, while also revealing that several of the test sites requested that the equipment be pulled off the ponds because stringy material kept wrapping up on the impellers and required them to take the units off for cleaning.   This obviously became so burdensome that it negated the beneficial odor elimination.

Failure of the grant recipient to address some of these issues,  and other issues led John to reconsider the whole concept of how the aeration was being performed, develop the WISE technology theory, submit patent applications, and start to get equipment installed.  John started testing of the prototype in early months of 2014, and continued polishing up design and manufacturing issues when $ became available through various sources.

Installation of the prototype in March of 2014, and various upgrades and additional units on a pond system near Omaha NE, successfully proving the design and performance to be far superior to previous attempts by various manufacturers of the past 50 years.

John admits the process has been much slower than he would have liked, and concludes that the slowness is due to 2 main factors:

1.  John has limited funding, and will not blindly bind with someone while asking them to do work that he can’t immediately pay for,

2. Many people find the concept of low-cost pond aeration to be “too good to be true”, and reject it, holding firmly that “it can’t work”, without any more discussion.   The standard quote is:  “If things seem too good to be true, it is”, and implies that you should be very careful proceeding along that path.  In our case, we only ask a site owner to let us PROVE it.  If their answer is “yes” to our question “If we make an improvement and do what we say we can do, would you buy it?”, we only need to prove it!!!!

Yes…. you can rightfully conclude that John Ries wrote everything in this section.    John has been accused of providing entertaining writing and being a real person.   For more information about his attitude in Life, please go to Caringbridge.org/visit/rossries    John wrote most of the Journal, and lived with his son Ross for 3 months while he was in rehabilitation after Ross was paralyzed after an accident.    The Journal gives a good indication of what John is like (and Ross).  Photos are there to show the House John designed and built for Ross, too.     meanwhile… back to PondLift:

REALITY:  Do you want to sort out what is “snake oil” and what is new technology that will change the world?   Please trust what is offered by PondLift as being the REAL DEAL!    With your permission, we will install our equipment at your site with no prepayment from you, and PROVE we can make a difference in your manure storage pond and your manure handling system!